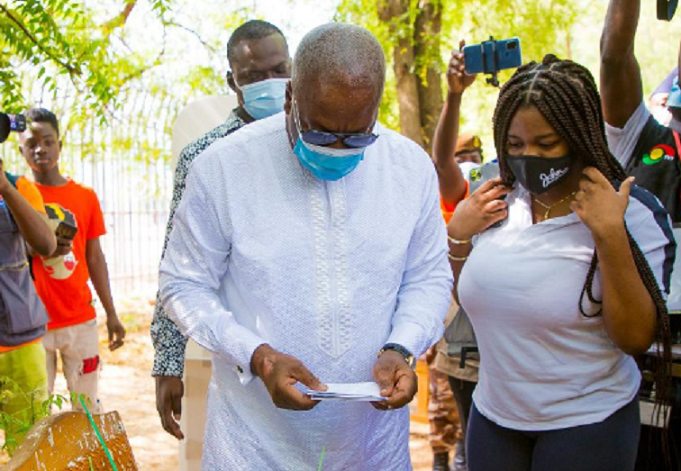 The founding pastor of City of Faith Ministry -Worldwide said that Ghana needs peace and tranquility in advancing progress and prosperity to its people, therefore the former president, who stood as candidate for the opposition NDC should focus on enhancement of peace in Ghana to make that bold decision of concession.

In his special 2021 “state of the nation address” to Ghanaians, Dr. Oppong prayed for peace to reign. “If that’s what it would take to get peace in Ghana, then my advice to the former president, H.E. John Dramani Mahama is to concede. We don’t have to stifle creativity and the development of Ghana” – he reiterated.

On the part of the NPP, Dr. Evans Oppong called on the president of Ghana, H. E. Nana Akufo-Adoo to do well to ensure all reported errors and uncertainties in the general elections are rectified because, there cannot be peace without justice. We can’t just advocate for peace when justice is not attained. We cannot trade our destinies for the ambitions of individuals. We cannot trade the great achievements of Ghana for selfish ambitions so we are calling on the EC chairperson, Jean Mensa to do well to enhance the integrity of the institution. – Dr. Oppong stressed.

General elections were held in Ghana on 7 December 2020. Incumbent President Nana Akufo-Addo of the New Patriotic Party was re-elected in the first round after securing a majority of the votes. Former President John Dramani Mahama says he will contest the results.

On December 30, Ghana’s opposition NDC Party filed a petition to the Supreme Court of Ghana to officially contest the election results. Ghana’s Electoral Commission announced that President Akufo-Addo had polled 51.59% of valid votes cast as against former President John Mahama’s 47.36%.

All opposition protests have been banned in Ghana’s capital, Accra following a spike in post-election demonstrations. The Ghana Police Service secured a court order restraining all protests earlier.

It’s in this light that Dr. Evans Oppong made these statements and called for focus, calmness and peace because Ghana has become a model for other countries to emulate. According to the man of God, what our leaders and citizens must concentrate on is the movement of the nation. He also advised Ghanaians to pick their swords to work for the good of Ghana.

Disclaimer: News Ghana is not responsible for the reportage or opinions of contributors published on the website.

Covid 19 coronavirus: A death every 30 seconds as US health...

Majeed Ashimeru Dazzle In Salzburg Colours As He Provides Assist In...

India coronavirus: The couple who got married in PPE

How Ghana’s public debt jumped by GH¢64.7 billion in one year